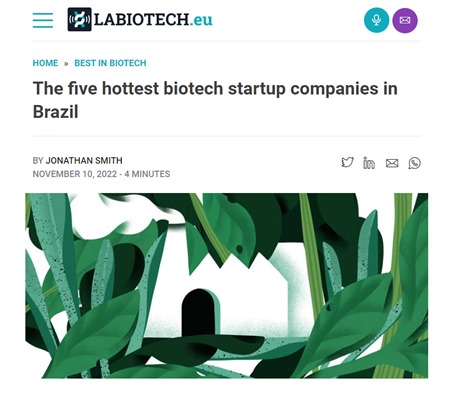 Vyro was appointed as one of the 5 most promising Brazilian startups, according to the European Lab Biotech.

Brazil is the world’s second largest producer of incubators for biotechnology. On the list are the 5 startups with the greatest potential for success, which cover several topics: oncolytic viruses (#GOVYRO), genomics and genetically edited crops.

In the article, he also tells the trajectory and purpose of Vyro:

“Vyro Bio is another Vesper-backed startup that launched last year. The company aims to develop a viral therapy for childhood cancers in the central nervous system (CNS). CNS cancers are very difficult to treat as they are cut off from most of the immune system behind the blood brain barrier.

To address this issue, Viro&#39;s viral therapy is designed to cross this barrier and selectively recruit local immune cells to attack the cancer.”

Cancer: what is this?

Cancer: what is this?

What does CNS mean? And what does it have to do with Vyro